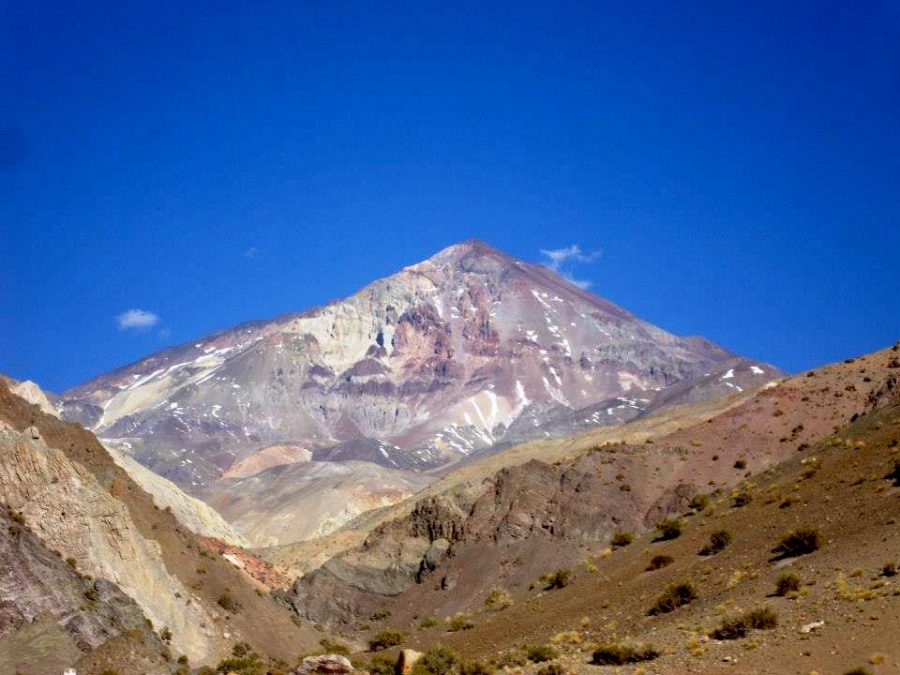 We invite you to discover the Apu Inca of the Elqui Valley!

Las Tórtolas Mountain is the highest mountain in the Coquimbo Region in which only the Nevado de Olivares is also over 6,000 m. It is on the border with Argentina, 140 km from the city of La Serena, and stands out from its much smaller neighbours. The Vacas Heladas River, one of the tributaries of the Elqui River, begins here and the mountain is characterized by having very high passes, including the Vacas Heladas pass at 4,710 m. The same as other Six Thousand Metre Peaks, Las Tórtolas was an Incan high sanctuary and it has been one of the best-studied. In 1952, a building was found at its summit, identical to the one found on Plomo Mountain: an enormous cairn, measuring eight by four metres with walls a meter high. Many other things have been found in the numerous archaeological ascents that have been carried out, including a bundle of firewood, pieces of ceramics, the remains of fires and three human shaped statuettes made of silver and sea shells.

Between October and March. The best time is between January and March, because the climate is much more stable and the probability of having a clear summit day is higher.

PICK UP: Hotel, hostel, lodging or meeting point agreed with the client.

DROP OFF: hotel, hostel, lodging or meeting point agreed with the client.

To make your reservation valid you must deposit 50% of the total amount of the expedition. To do this, write to our email info@allmountain.cl and we will indicate the form and payment information.
** The payment of the reservation made from abroad is made through Paypal: When this form of payment is used, 15 USD (which corresponds to the Paypal charge when making payments from abroad) will be added.

– Kitchen equipment: plates, pots, cooker, utensils, etc. (the guide and the assistant are responsible for providing food to our customers).

Sending message...
Thank you for your registration

Click one of our representatives below to chat on WhatsApp or send us an email to info@allmountain.cl 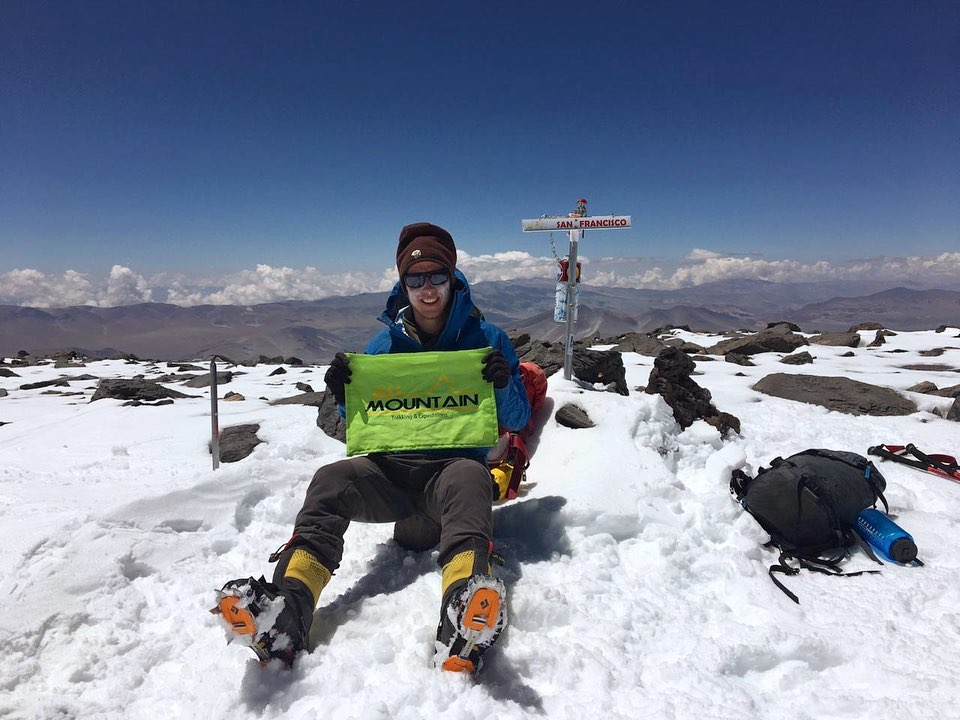